He was knocking. Months ago he rapped on the door softly, and only a couple times at first.

Now he was scratching. His fingers were bleeding, his nails pulled and ripped.

He tried digging. He grabbed a shovel and cut into the seemingly easy ground. But just beneath the dirt surface, he found rocks. Layers of rocks that may as well have been cement.

He jumped. He tried to see a window beyond the door that refused to open for him. But he found none.

He was kicking, leaned his shoulder into the door. Even tried to look around for a key to fit into the lock, but there was none. The knob wouldn’t budge. There was no space between the top or bottom of the door. As far as he could see, there was nothing but his strength that could get him in.

Little did he know that I was there on the other side of that door, leaning calmly against it, drenched in my own darkness. Wondering why would he ever want to come in here? Into this madness that I kept locked away. Why does he want to see the ghouls that haunt this place, the cobwebs that tangle in corners, the scary surprises that lurk around every corner?

He did not know that my strength was stronger than his, my determination much more resilient than his perseverance. I sat behind that door, making sure that the lock was latched, never to come undone by the simple strength of a boy. Because it was a boy, not unlike the one currently knocking, that made me put these locks and latches on this door in the first place. 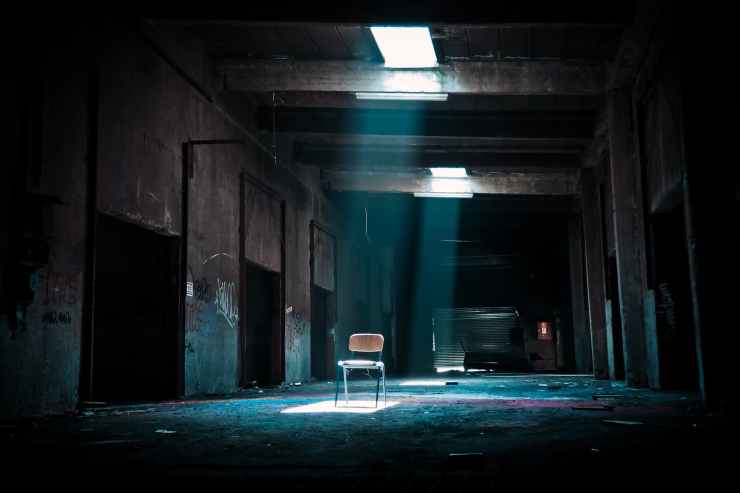